A couple of months ago, we were afforded the opportunity to sit down with Magnus in his LA warehouse shop to discuss his newest project. The SC/HR was a bit of a departure for Magnus, as this car was formed from the base of an ubiquitous G-body 911 SC from 1978. Magnus work on something other than a long-hood car?  Wait until you hear what he told us at the end! 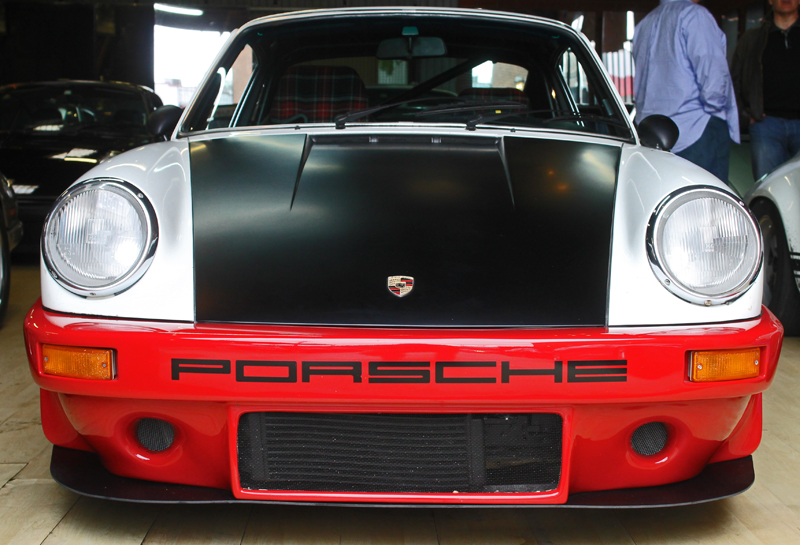 Stoddard - Well, we won't take too much of your time, we just want to hear about the new car.

S - So tell us what makes this car unique and cool.

MW - Have you been following the build on Instagram?

S - A little bit, but I've only caught bits and pieces.

MW - Okay, well I've been posting quite a bit on Instagram, and the feed is really quite good. 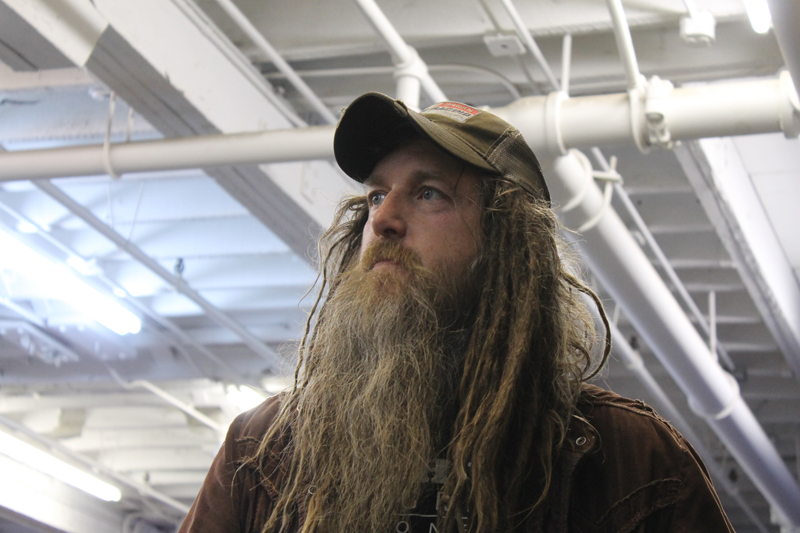 Let me tell you the great thing about this car and what I was going through with it. I get a lot of e-mails from people wanting to know 'What is the best first Porsche?', and I've sort of developed a canned answer. If you've got five grand, go get a 924 or 944.  If you've got ten to twelve grand, get a Boxster. If you've got fifteen to twenty five thousand dollars, get a 911 SC or a three-two Carrera.

After that answer, people always want to know 'What would Magnus Walker do to the car to make it unique?' It is almost overwhelming the number of people that sort of want me to guide them through their first Porsche. And of course, it all depends on what you want to do, and what your driving style is.

So I finally figured, I should practice what I preach, and I should go buy an SC, and see what I could do with it. Most of my cars that I've owned are all small-displacement cars, 2.2 or 2.4 liter cars. Quite often, I'd get outrun on long straights by guys in SCs, because it's a torquey motor with good bottom end and a decent mid-range. I've never owned an SC, so a while back I went online and within the space of two weeks, I bought two 911 SCs back to back, a 1979, and this 1978.

SCs used to be the kind of car that you could find in the under-15,000 range, but they've started to go up like everything else. I've never been one of those guys that really chases originality. I'd rather chase after a car that's been a sort-of track car that has already had some suspension work done. I found two 'Driver-Education' track cars. This one has documentation back to 1979, and has been a track car for the last twenty years.

When I first got it, it was all white, had a whale tail on it. The car had good bones, and it had a lot of solid history. Whenever I buy a car, I never do a PPI, I just imagine the worst and hope for the best. After owning a number of Porsches in the last twenty years, I'm never really too surprised. I've never owned a car, no matter what I'd paid for it, that didn't need something. 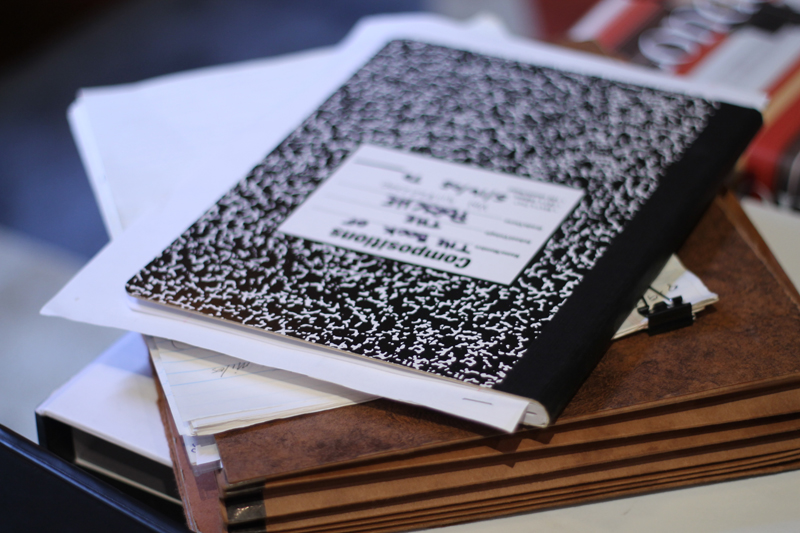 So I was out there searching for a car that really had a lot of character and soul already in it, and a lot of good suspension work already in it. The guy I bought it from, he'd only owned it about a year, and he'd only done one track day in it. I was contacted by the prior owner, who'd owned it for several years, and done several track days, and he was sort of interested to see what I could do with his former car. The first thing I took off was the whale tail, the side rocker panels. It came with the bumpers that are on the car now, but they weren't finished well, and the fiberglass didn't fit up to the car nicely. My whole goal with the car, and it's been a refreshing experience for me, was to do a 'quick fix project'. I always talk about the 'slippery slope' of restoration. I wanted something that didn't take six or eight or twelve months to finish, and I could be behind the wheel and enjoying in a short period of time.

In essence, this car is relatable to my favorite car, the 1971. It's sort of an evolution of that car, I think. I tried to limit how many new parts I bought for the car. Obviously I got rid of the whale tail, and replaced it with the duck tail. When I got the car, there was no interior, no headliner, no carpet, and it had a full bolt-in cage. I got rid of the front portion of the cage, keeping the rear roll-bar section. It had these seats, one corbeau and one Recaro race bucket seat. 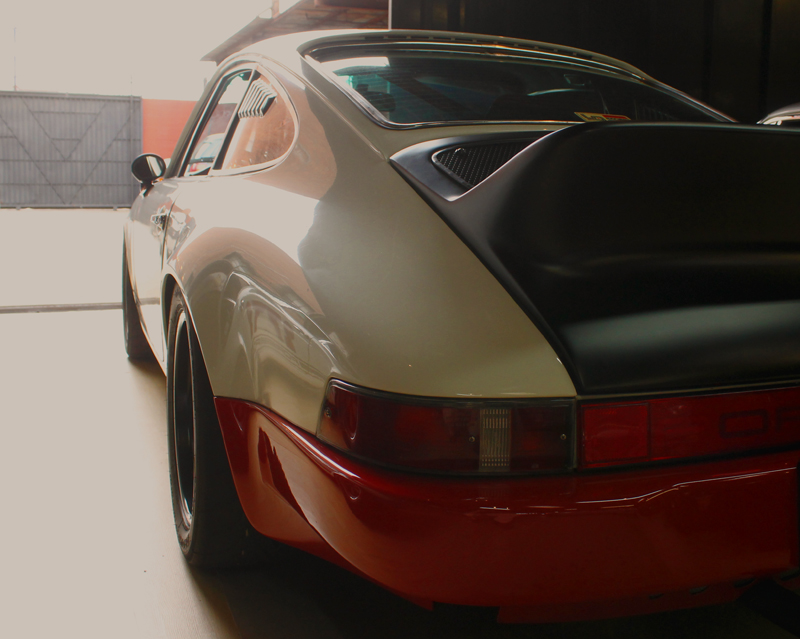 People have been asking me 'what's with the mismatched seats?', and I just didn't want to spend a whole lot of dough. I recovered them in new fabric, made the matching door straps, and the car sort of evolved from there. I sourced a set of never-used, but still date-coded Sparco seat belts, for about 1/3rd market price. I didn't really like the big flag mirrors, so I got a set of these Vitaloni mirrors that are a bit less bulky.

I'm a big fan of these three-tone tri-color paint schemes. I think these colors give the car a sort of 1970s racing car look to it. I added the splitter. It came on a set of 16 inch wheels that were 6 inches all around. I happened to have a set of 16X8s that I put on the rear. I powdercoated them all black. I'd always wanted to do a matte-black hood and ducktail on a car, and that sort of went with the look of the car. It all kind of ties in from the black splitter, the hood, the ducktail, the black wheels.

This is an integrated look, that I think ties in to the transition from my 67 short wheelbase car, my 71 longwheelbase car, and now the 78 SC. 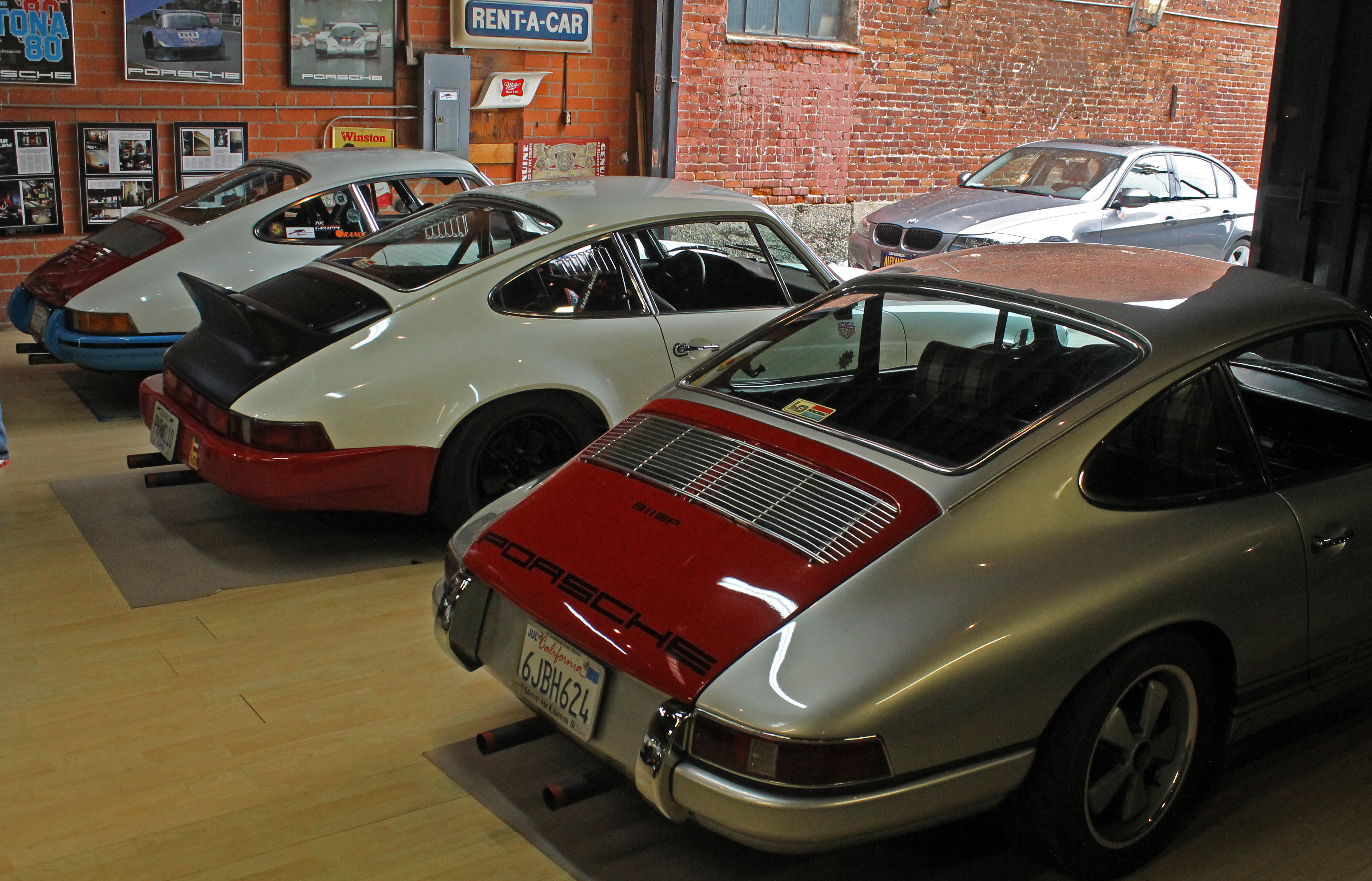 S - So these three cars are sort of like Mk1, Mk2, and Mk3 in the pantheon of Magnus Walker cars?

MW - Yeah, sort of. It's that evolution from SWB to LWB to G-body, all done in a similar tone.

One of the sort of satisfying things that I've gotten from the feedback is that the car is relatable and approachable. People think "I could go out there and buy a car in this price point". If I can get a car to look like this one in this price range, anyone can. It gets people thinking positively about 'maybe I could paint my bumper a different color, or paint my hood a different color'. This wasn't a big-budget build, and it wasn't a big time-consuming build but I've used a few things that I've had laying around. It's got a bit of an outlaw/hotrod touch, which is why I'm calling it the SC/HR. Its got its own unique charachter, and I had to show some restraint by not doing the integrated 911R tail lamps, the louvered decklid, or the drilled door handles. I just chose some subtle little upgrades like the vented plexiglas windows, and the plaid insert cloth in the seats.

Separate from that, it's just a great-driving car that already had some great bones to build from. I treat it similar to my 1971 race car, it's just sort of built to be driven, and you don't really worry about rock chips and stuff like that. I've already got 150 miles on the build, and it's funny because a lot of those pieces that are on the car had already been on there for 20 years or so, and they all seem to have just melded together to work very cohesively. When I got the car, the ride height was just a bit too high at about 25 inches, so I dropped it to 23 and a half inches all the way around. It's a semi-mild agressive street setup.

S - You mentioned earlier that the car has larger diameter torsion bars, how does that affect the ride?

MW - Yeah, it's got 23 and 30 mm torsion bars. It's a bit stiffer, but it rides relatively the same. I like all of my cars to be set up this way. My SWB car is running 22 and 28 mm bars, so I like that firm-street setup. The great thing is that those bars were already on the car, so it wasn't like I had to go out and buy that stuff. I also added the sport muffler to liven up the sound a little. 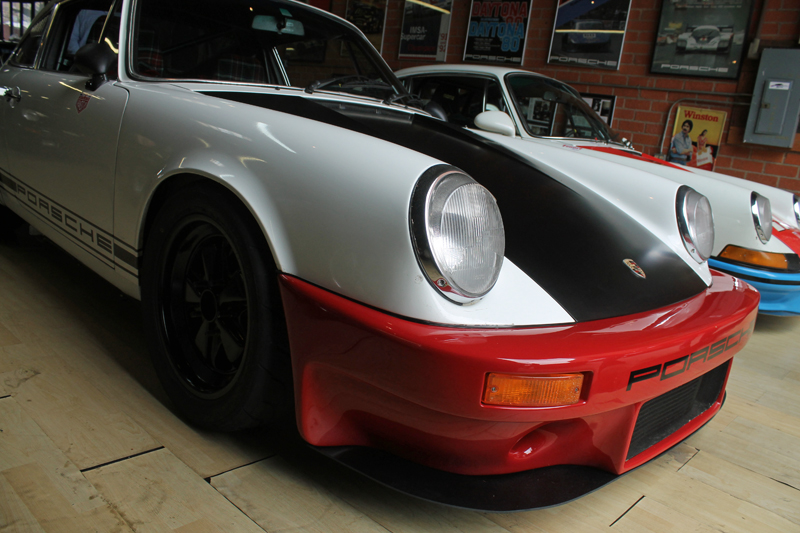 To me, it was a really refreshing build that I turned around in about a month, and the feedback has been really positive, and it's been a new experience because I've never owned an SC. That driveability and mid-range torque is really pretty nice. That's really the story of the build.

One of the cool things I always talk about with regards to Porsche, outside of the drive and the feel, it's the people and the language. Porsche is a common story, it doesn't matter whether you speak German, Japanese, or English, the common language is the car.

I picked up the car after the paintwork was done, and I hadn't been in the car but five minutes, when I was spotted driving down the 5 freeway. The guy snapped a picture and posted it to Instagram. I hadn't even had 5 miles on the build, and this guy pulls up beside me and recognized the car as being mine. I hadn't given the car much exposure by that point through my blog or my Instagram.

S - I was meaning to ask you about that, if you wanted to get into earlier cars with a 356, or later cars with the watercooled cars.

MW - 356 is definitely on the list, but that already seems like an expensive ticket to experience that car. Whereas to get into a front-engine watercooled car is very inexpensive right now, similar to my SC. That seems where I'm going, is to try to experience more of what Porsche has to offer as far as the driving experience is concerned.

S - Well, you know where to get parts!  Thanks for taking the time to speak with us.