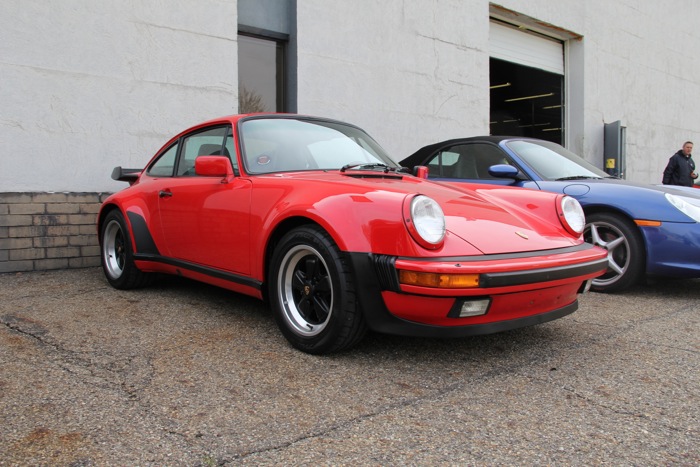 A funky feeling clutch on our 1987 911 Turbo started a bit of a project for us as we fix it correctly, and address some "while we're in there" parts.  Our car has only 19,000 miles on it, but the clutch has never felt quite right.  The low miles are one thing, the fact that our car will celebrate its 30th birthday next year means there's actually quite a bit to do. 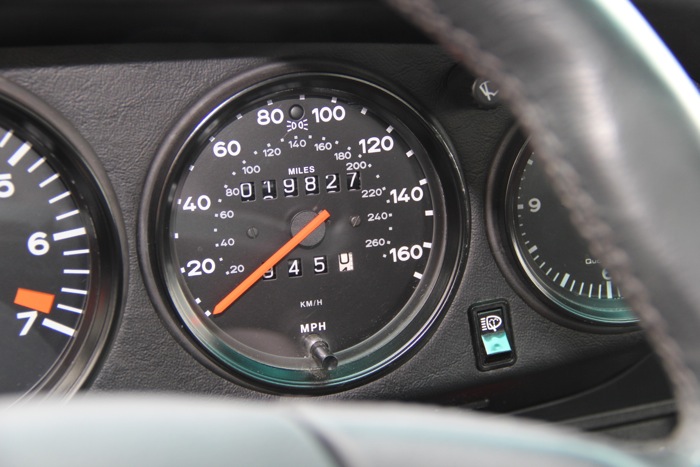 We bought the one-owner car a while back and it's led a pretty quiet life in our care.  So when the clutch started acting strangely on take-up, we were initially expecting a pretty simple engine in-and-out clutch job. Then we started thinking about how many decades had passed since our Guards Red Turbo left the Factory and we began to make a list of everything that we should consider. 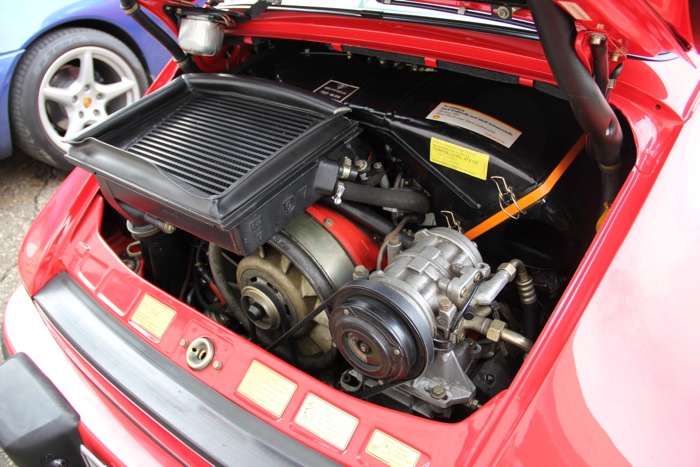 The first step in this to realize is that the Turbo motor trades performance for lots of extra heat—and certainly a lot of extra labor time to work on.  This trade off is well worth it, but it doesn't make for a cheap project.   On a Turbo like ours, It takes approximately 4 hours to remove the engine and about 6 to put it back in and get it running properly.  At current shop rates, that's over $1200 to even look at the clutch, so it makes sense to take care of a lot of other potential issues while we're in there—a simple oil leak a few months down the road might mean another $1200 bill—wouldn't that be aggravating?

Since we're focused on the parts end of Porsches,  we had our friend Eric Steinel and his crew take care of the labor for us.  Once he confirmed that the odd feeling clutch was not due to an external adjustment, the engine was removed and separated from the transmission.  The clutch disk and pressure plate looked fine. 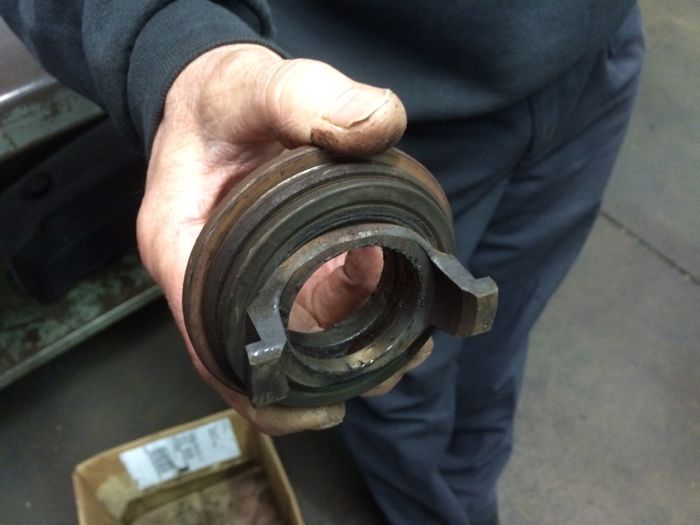 The throwout bearing, however, was clearly toast.  The heavy flywheel on the Turbo cars means these bearings have a very short lifespan.  According to Eric, the Turbo throwout bearing will last only 30-40,000 miles at best.  We didn't, however, just throw the old clutch disc and pressure plate back into the car.  In 1978, Porsche started using rubber-centered clutch discs which were intended to dampen vibrations and sound from the transmission.  While they might have worked for that, they often failed early, leading to some odd clunking noises with throttle inputs as they start to go bad, eventually just failing completely. We replaced the original clutch with a Sachs traditional metal spring hub disc and a new pressure plate.  The throwout bearing, of course, was replaced. 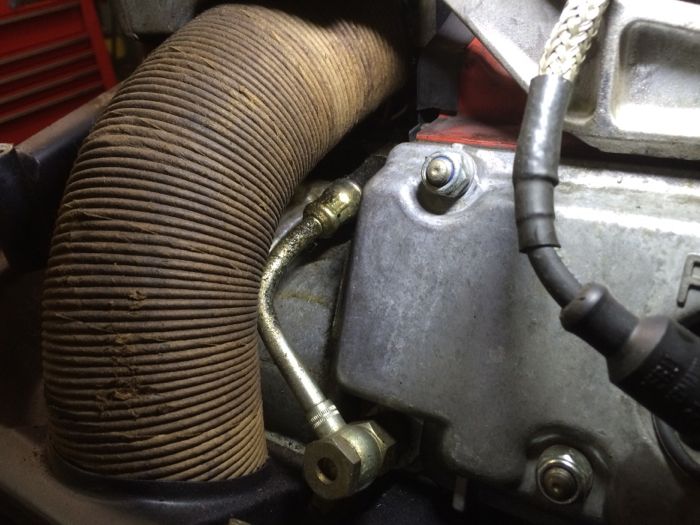 While the engine was out, we took the opportunity to look it all over to see if there were any issues that needed to be resolved.  We found this leaking camshaft oil feed line on the right bank (930-107-348-12). 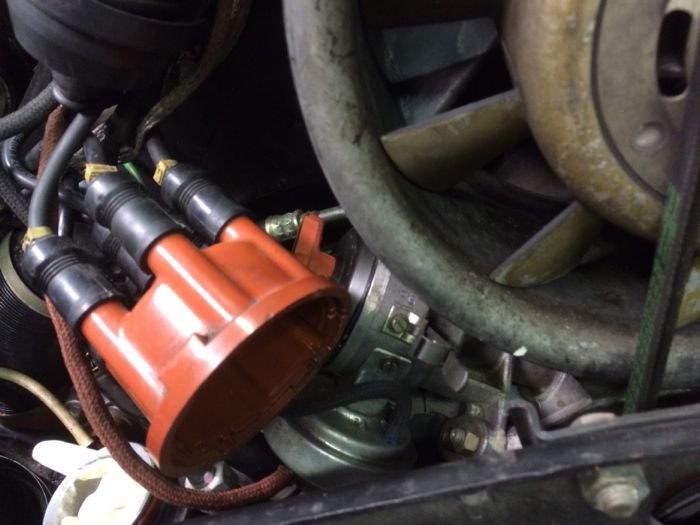 We're also doing the normal tune-up parts, like the distributor cap, rotor spark plugs and filter for the air pump.   The engine compartment seal was also aged out--cracking from the high heat of the Turbo motor. 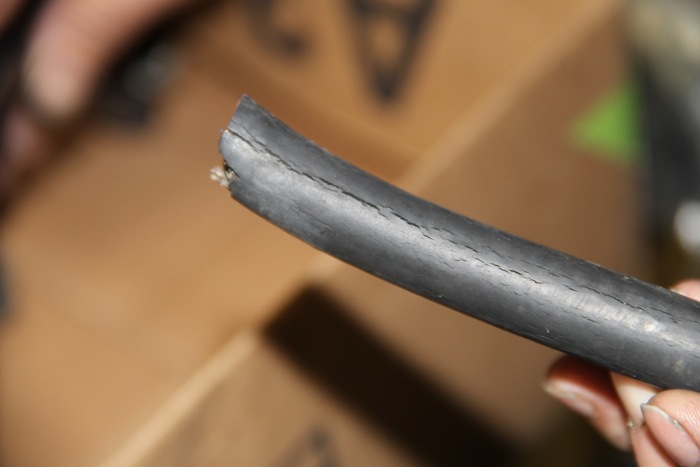 While we were replacing the fuel filter, we noticed that the fuel lines between the accumulator, fuel filter and CIS system were starting to crack due to age and heat.   It really doesn't matter that this car had so few miles—rubber will only last so long in this environment.

The rear main seal was replaced during the clutch job—that's pretty typical,  but we also took the time to replace the front pulley seal as they can age out and it's pretty simple to throw one in while the engine is out.

And finally, while we were in there,  the valves were adjusted.  This normally takes about 4 hours on a Turbo, but with the engine on a stand, it takes just about 90 minutes.

So in the end, a quick clutch job turns out to be a little more involved, but we are happy knowing that we've taken care of a lot of future potential issues and, if you really think about it, saved some money in the process.