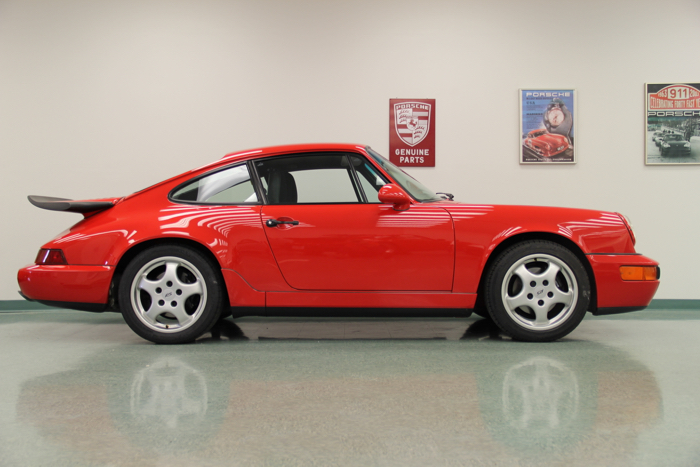 Have you ever met your hero and realized the Myth was greater than the Man? It happens all the time—we build up our idea of someone (or something) but reality often has a way of letting us down.  It doesn't happen every time though...

My first new vehicle press launch was for the BMW 3-series wagon and convertible, sometime around the start of the new millennium. A neat assignment for a newly minted automotive journalist—and I did my best to do as bluntly asked: 1) Don’t be an ass and 2) Give a fair assessment of the cars. Loved the wagon—hated the convertible. Managed Ok on the first.

One of the other journalists on this trip was a household name—if you were born into a family of car freaks. I was star-struck, as I had been reading their work since I was a kid—my dad kept stacks of old car magazines in our attic and they were the liturgical documents that formed the basis of my lifelong obsession with sports cars.

I didn’t want to let the opportunity to talk with one of my heroes slip by. I politely introduced myself and mentioned one of their columns that had struck a chord with me. They responded rather sardonically, “Were you even alive then?”

I smiled, and reiterated my fondness for the article and went on my way—a little bit embarrassed and a little bit more informed on the dichotomy between one’s written words and personality. I had met my proverbial gin-soaked hero and came away unimpressed. 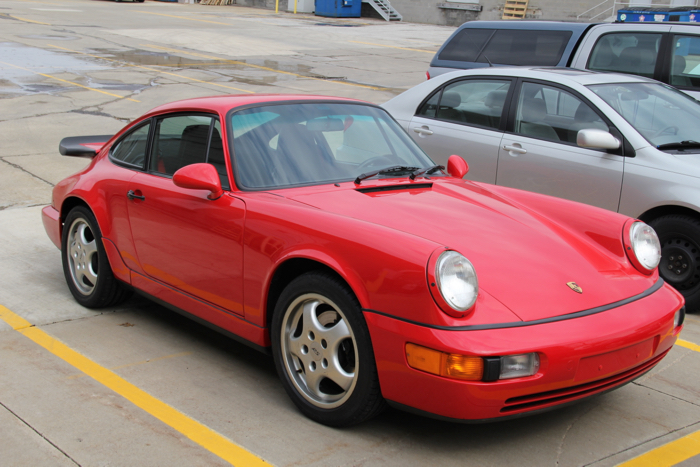 That meeting of the heroes phenomenon happens a lot, whether it’s with people or things, you’re often underwhelmed once you approach the pedestal you’ve placed them on. I’ve been crushed by my drives in iconic Ferraris that felt poorly engineered and amused by how agricultural a BMW E30 M3 feels—even when driven as intended. I have been left shaking my head wondering what I was missing.

That didn’t happen today. After lusting after them since they were introduced in 1993, I had my chance behind the wheel of a Porsche RS America. I demurred at first, not wanting to be disappointed in a car that I’ve pined over for 20 years.  I caved and grabbed the keys with a smile. 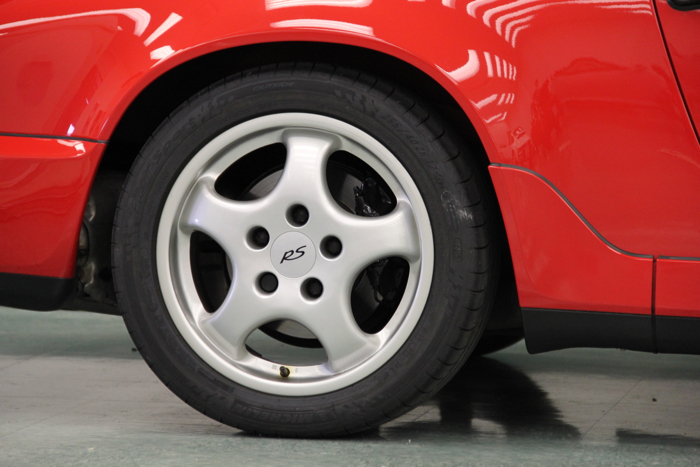 Just 701 of these cars were built in 1993 and early 1994 so those chance encounters don’t come around very often. You can find out more about the RS America HERE. They were built as a tribute to the 20th anniversary of the original 1973 Carrera RS 2.7, which was constructed as a homologation special with barely-tamed street examples let loose to appease the race sanctioning bodies. 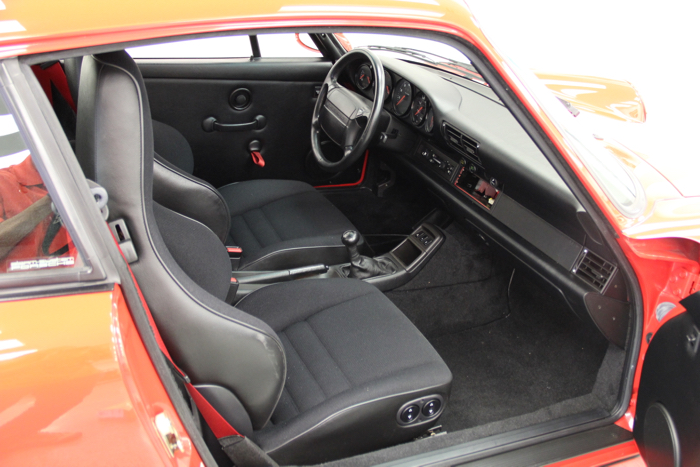 The RS America I drove was our latest project car here at Stoddard—a garage queen with just over 20,000 miles on the odometer. You could argue that’s a lot of wasted years spent under a cover, but the upshot was that it was exactly as delivered when new. Only the tires had been replaced with fresh Michelins. 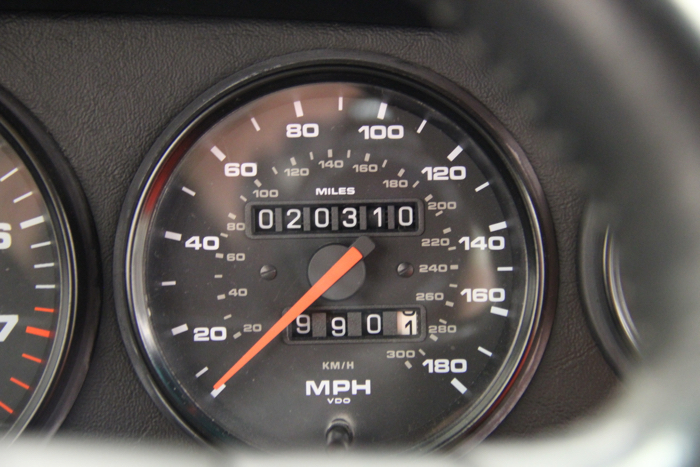 The RS America differed from standard 911 Carrera 2s in just a few key areas. The suspension was the stiffer M 030 specification with stiffer and lower springs, uprated dampers and a larger front anti-roll bar. The wheels were wider and larger, ala the 964 Turbo, while the power steering that was standard on other 911 models was removed in favor of a manual rack.

A fixed rear wing, simplified interior panels and the removal of the rear seats helped the US-Spec RSA lose a few pounds, while cars sold elsewhere also benefited from thinner glass, wind-up windows and no complex alarm system. There’s not much to it beyond that, but those changes and scarcity have taken a car that once sold for less than a normal Carrera 2 and made it one of the most collectible later model Porsches out there. Pristine examples like the one we have are trading for North of $150,000 these days, where even great standard Carrera 2s are less than half that. 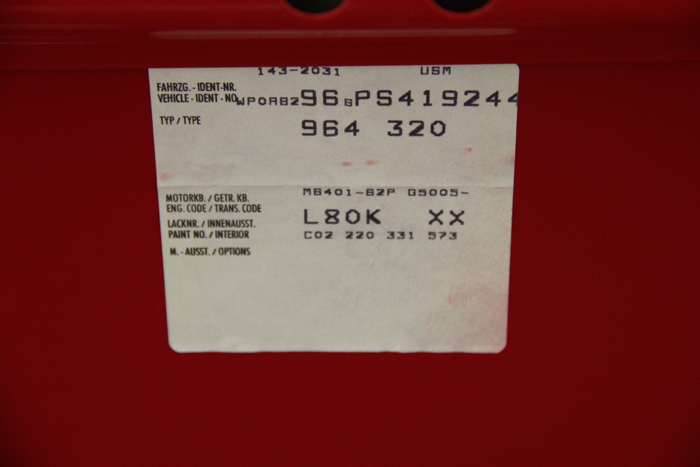 I’ve owned several older 911s and enjoy the vintage Porsche shtick. The view forward and the sound of the flat six are sublime, but typically muted by vague and debilitating shifters, tropical storm force wind noise and inconceivably bad ergonomics.  It’s a rite of passage for those uninitiated that try to figure out how to operate the secondary controls—who the hell puts a windshield washer switch there?  Like a secret handshake, the 911 feels creepy and weird at first—but then you become a member of the sect. 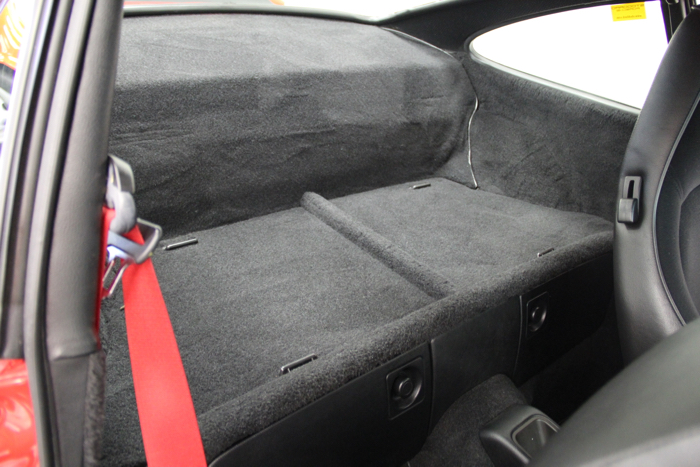 So sure, I am biased, but this is no Star Wars super-fan fondling Princess Leia’s gold bikini. I’ve driven plenty of cars at full boogie—highly modified, stock and everywhere in between. I’m jaded and picky, much like that journalist I met long ago.  I’m not afraid to be honest or an ass, as the situation warrants.

But the RS America was different.  I met my hero and came away just as enamored as I was before.  The RS America is not perfect‑but it is just right. 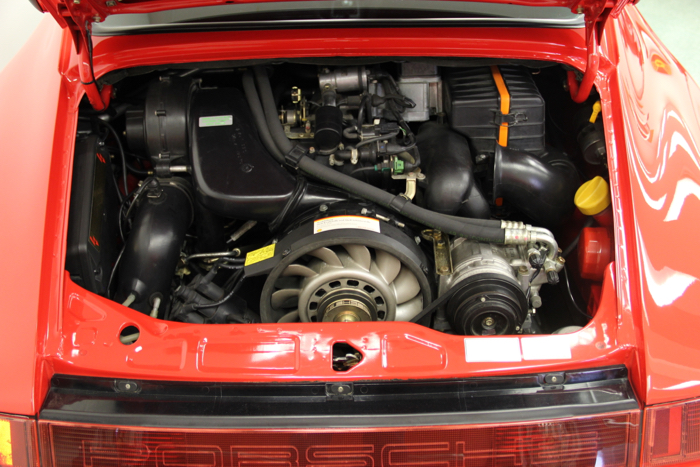 The combination of a strong normally-aspirated 3.6-liter engine, minimal options and a proper sports suspension are as promised, delivering a performance that is impressive on the street and at home on the track, without feeling like a stiff and uncompromising tuned 911. 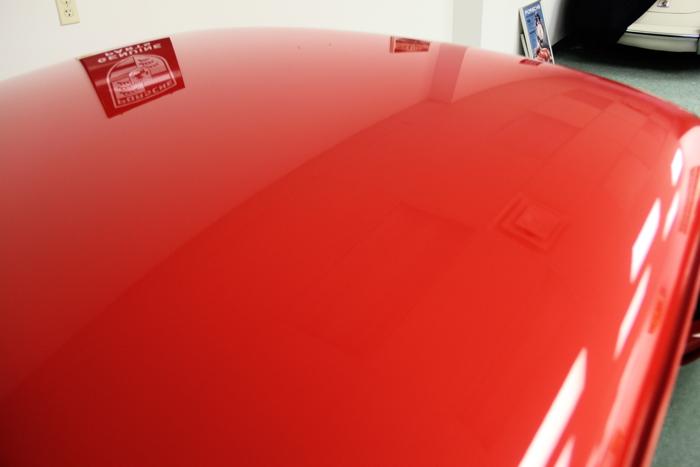 The manual steering does feel a little heavy at lower speeds, but lightens up as you move faster, but it makes the RSA feel much more like a classic 911 than later cars. Trade out the airbag steering wheel for a MOMO Prototipo and you’d swear you were back in that 1973 RS. 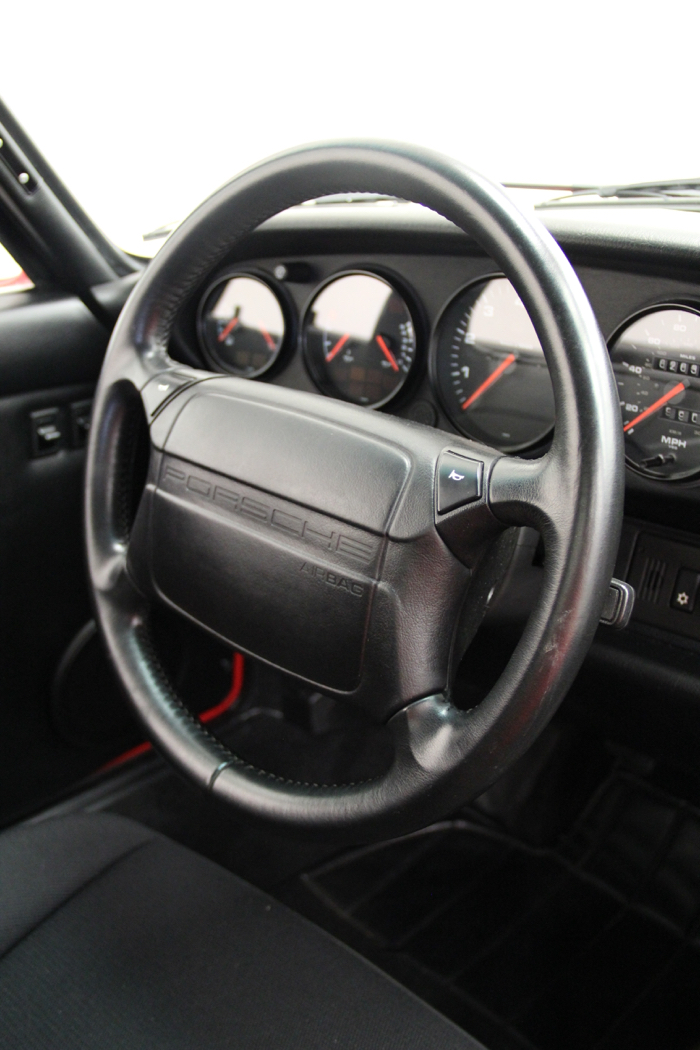 That is, until you shift gears and you realize how much better the shifting is, and how much more torque you have in the next higher gear.  It’s easy to overlook the lack of wind noise in this day of whisper-quiet hybrids, but it’s striking in its absence in an old Porsche.

Don’t be afraid to meet you heroes.  Sometimes they match your expectations.