Our 1969 911s emerged from the paint booth last week with a fresh coat of Ossi Blue.  This shot was taken just after the first coats of clear.  To get a nice, deep gloss, we typically recommend that the car's final coats of clear be shot in stages.  The base and first coat of clear are shot in the normal, rapid succession as per a normal "modern" technique.

The trick is to let the paint sit for several days before the final coats are laid down.  Before those fiinal coats, the gloss is knocked back with 3000 grit sandpaper to even out any imperfections.  The car is then rolled back into the booth for the last layers.  This gives a nice, deep finish that doesn't look out of place on a vintage Porsche. 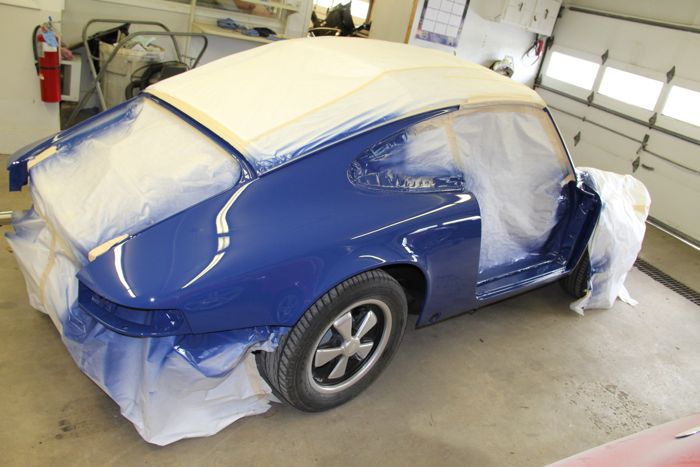 The hood and fenders are shot off the car to get the best coverage. 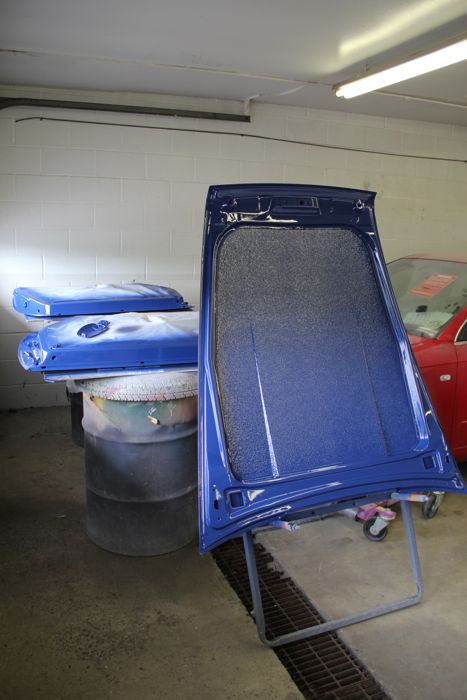 Since we didn't remove the windshield for this mini-restoration, we wanted to avoid a hard paint edge around the seal. A small strip of plastic is inserted under the windshield seal to prop it off the paint surface.  The seal is then masked very carefully to avoid any overspray.  When done, you won't be able to tell that we didn't remove the window during this respray, as the paint will naturally transition under the seal's edge. 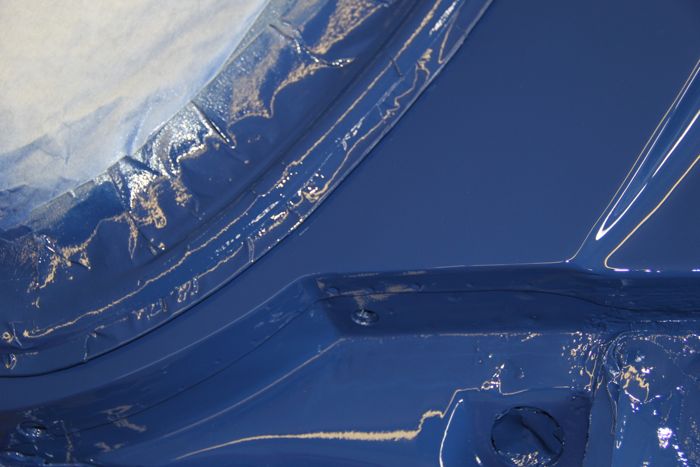