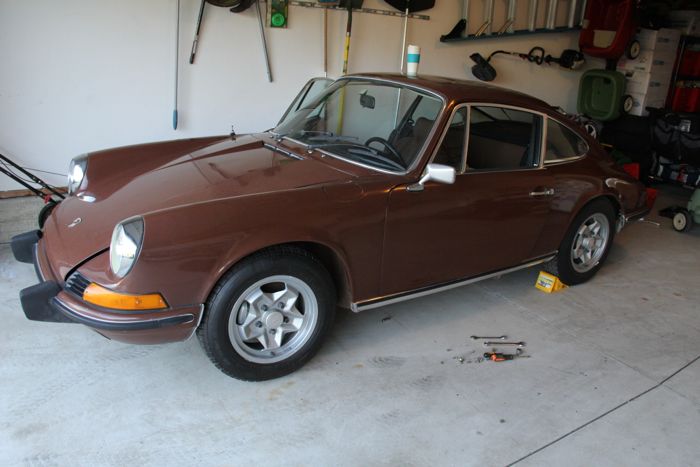 Our 1973.5 911T has been hanging out for a bit in one of our storage areas.  It was sitting there because we were waiting to have access to a new-to-us garage to begin work on this reanimation project.  Some of our projects aren't done in big-fancy-awesome corporate workshops,  they're simply done in an employee's suburban 2-car garage.  This is one such project.

This past Friday, we towed the 911 to our new digs and got some work done over the long Memorial Day weekend.  The first order of business was to remove the front seats and give the car a thorough cleaning.  We're still seeing plenty of debris, seeds, nest material and mouse-poop leftover from the Porsche's last inhabitant.

We're also removing plenty of evidence of the previous owner's thankfully-slight modifications to this largely original car.  The carpet had been replaced at some point with house-grade shag pile, much of which became building material for our rodent during his occupation. 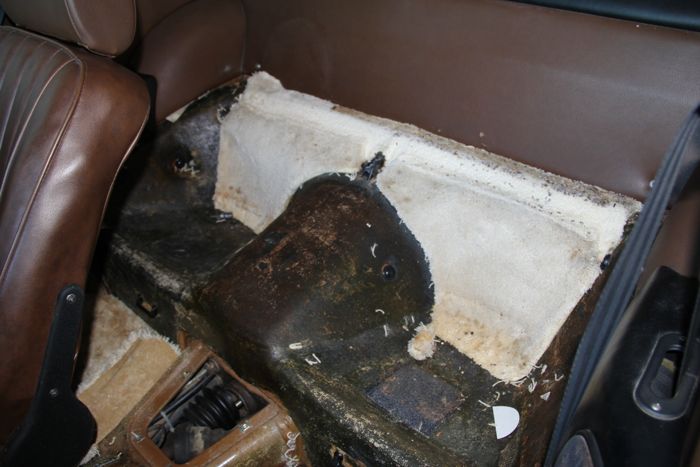 There was also a Kenwood cassette deck and Cobra radar detector that were added sometime in the 1980s.  We removed these and pitched them in the garbage—even folks on Craigslist won't buy old cassette decks now.  We realize the irony of the situation here, as we threw away some 1980s period-correct modifications that will someday be worth something to someone restoring a 1989 911—much like the previous owner might have pitched the factory early 1970s Blaupunkt radio and that's now worth real money.