Here are some updates from Automotive Reisen in Burr Ridge, Illinois  They've rebuilt the entire inner structure and the results are spectacular. 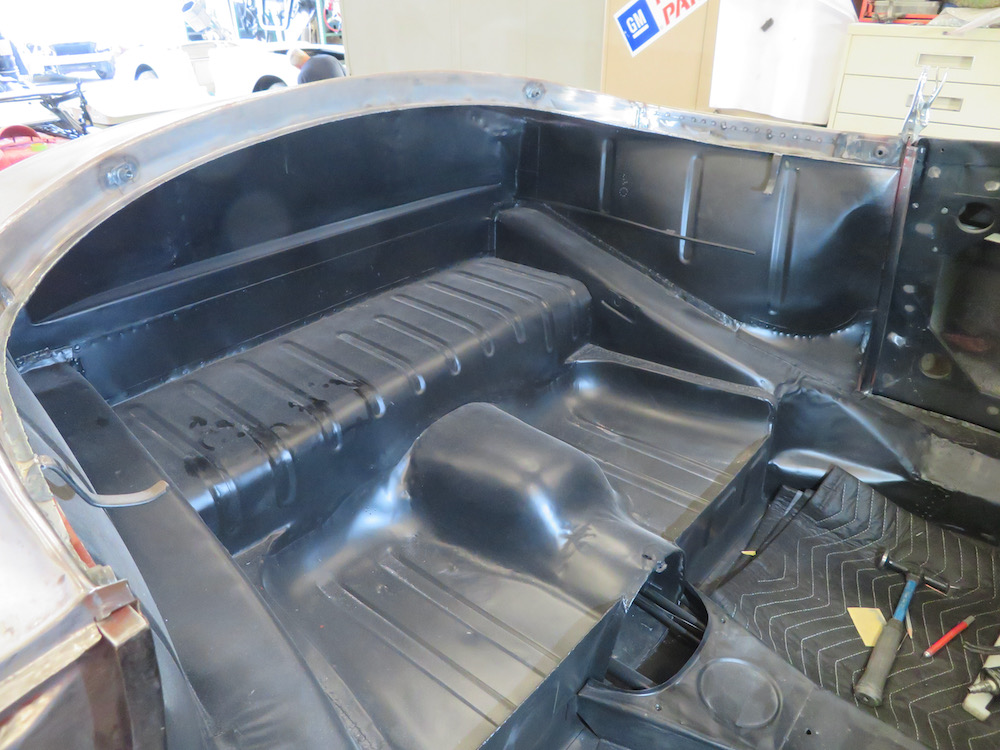 We have made major progress on the ’55 Speedster with the interior metal completed.  This was part of the rear that had been crushed in one of its’ many track experiences 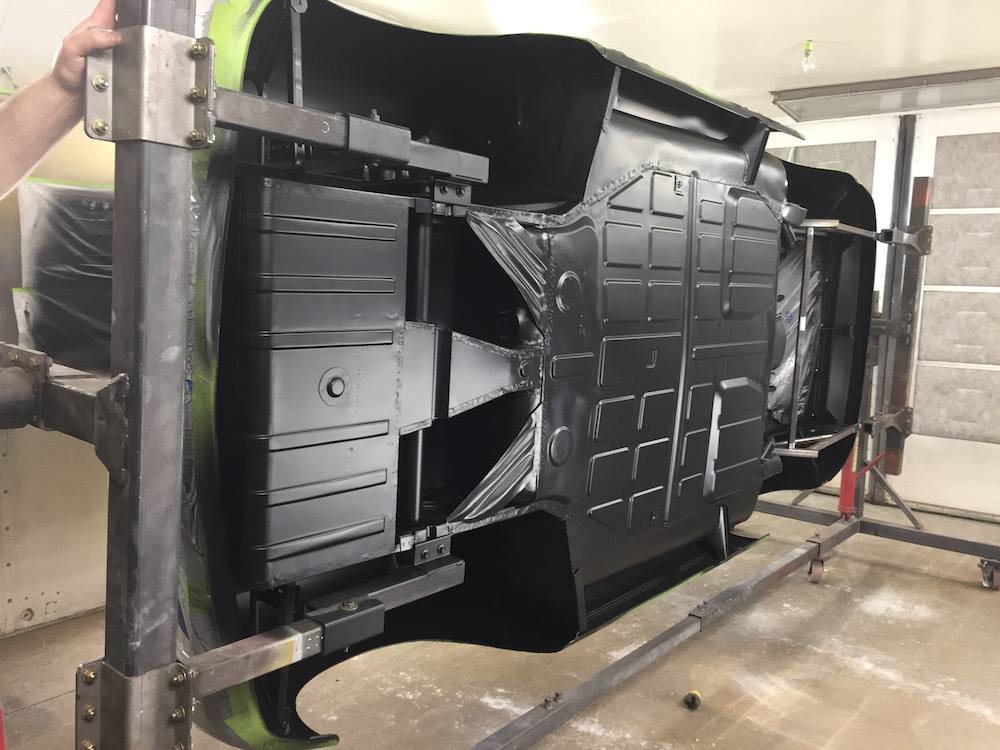 The bottom pan was replaced but we noted exactly where the factory had placed the seams and spot welds.  The old pan was unsavable not due to rust but rather the aggressive track use of this Speedster. 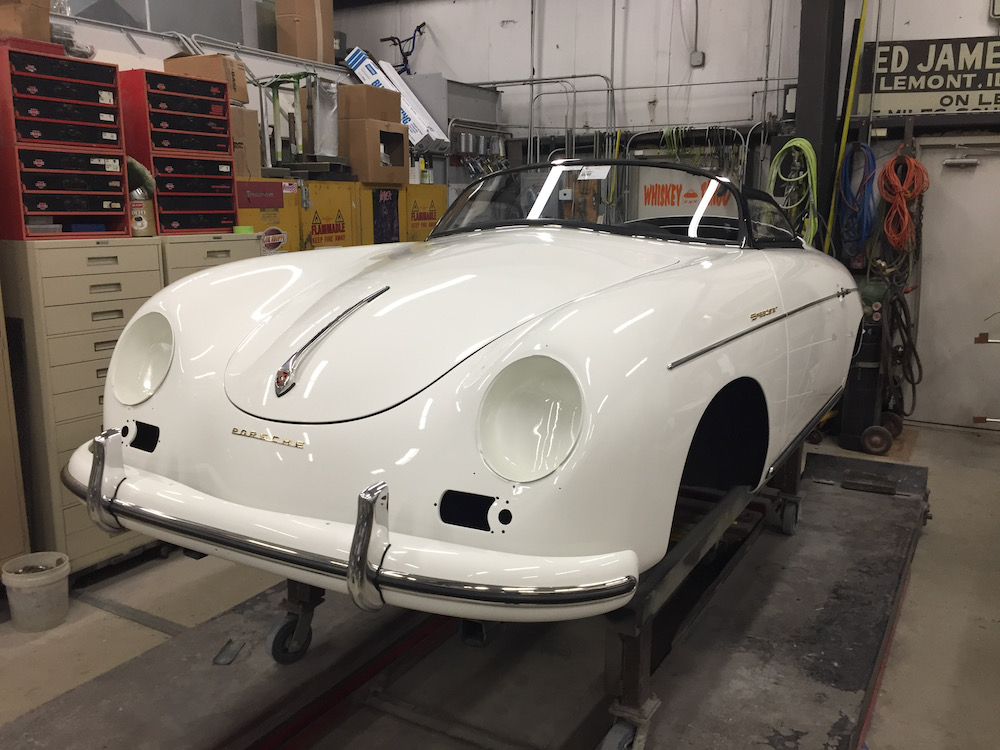 Primer and five coats of Glasurit paint with hand sanding between each coat.  The white formula is exact to the original single-stage paint. 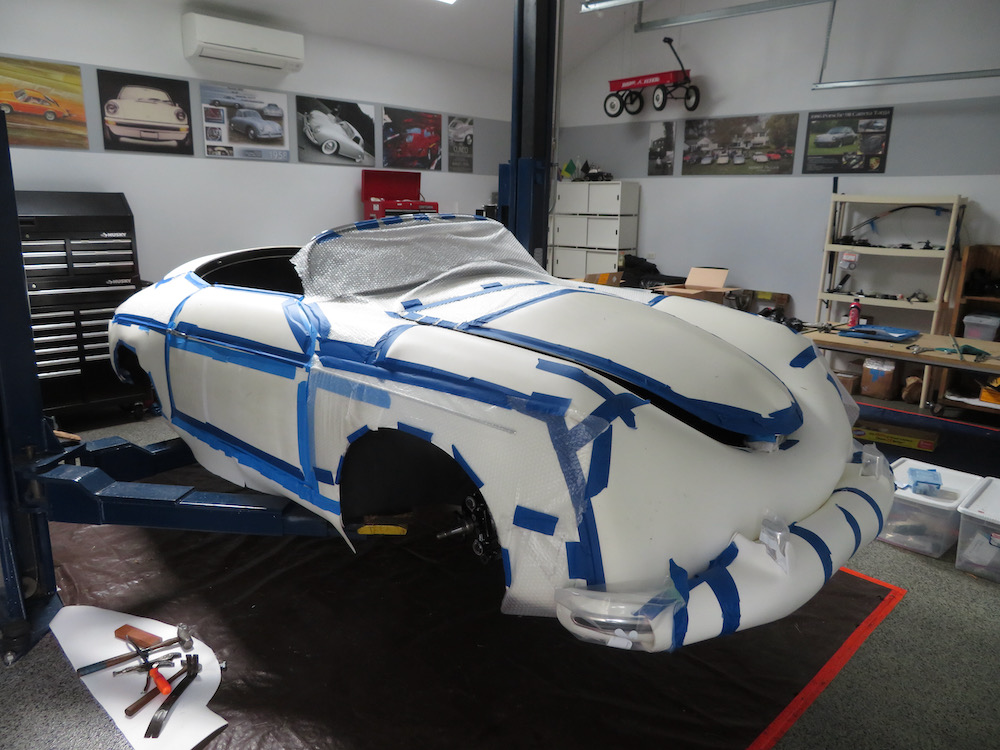 The entire exterior painted surface was covered with foam sheet to protect the surface during reassembly.

We are now installing all of the control cables in the tunnel and then the engine goes in.  We expect to be completed in mid-May. 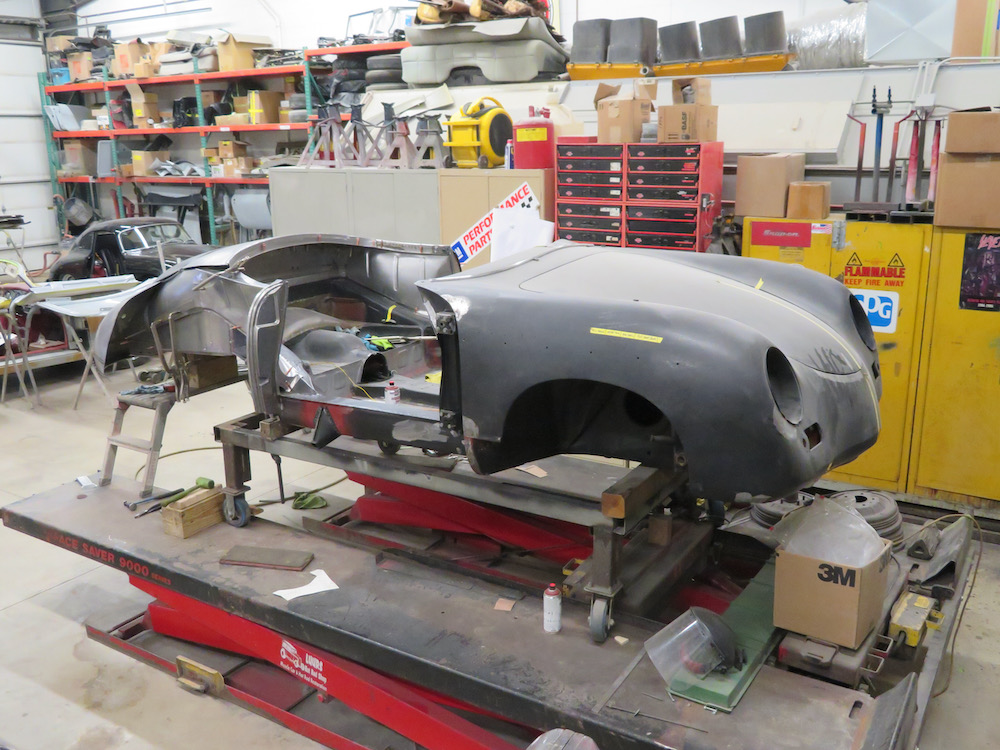